The Kelvin Smith Library provides the campus community with access to world-class research collections, technology-equipped classrooms and meeting spaces, state-of-the-art digital resources, and even a café. In support of the Think Forum lecture series, the library offers a selection of resources accessible in this “Research Guide.”

This guide was prepared for the Think Forum lecture with Dr. Jonathan Haidt, social psychologist at the NYU-Stern School of Business on Thursday, September 20, 2018 at 6:00 PM. 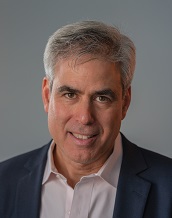 Jonathan Haidt is a social psychologist at the NYU-Stern School of Business. Haidt’s research examines the intuitive foundations of morality, and how morality varies across cultures––including the cultures of American progressives, conservatives, and libertarians.

Haidt is the author of The Happiness Hypothesis, and The Righteous Mind: Why Good People are Divided by Politics and Religion. His next book is The Coddling of the American Mind: How Good Intentions and Bad Ideas are Setting Up a Generation for Failure.