Cleveland Humanities Festival- Is Climate Change the End? And if so, the End of What? (Naomi Oreskes)

Guide to accompany Cleveland Humanities Festival event: Is Climate Change the End? And if so, the End of What? 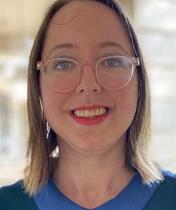 This guide was prepared for the presentation by Professor Naomi Oreskes entitled "Is Climate Change the End? And if so, the End of What?" The event will be on March 22, 2019 5:00 pm-5:45 pm at Tinkham Veale University Center Ballroom A.

Naomi Oreskes is Professor of the History of Science and Affiliated Professor of Earth and Planetary Sciences at Harvard University. She arrived at Harvard in 2013 after spending 15 years as Professor of History and Science Studies at the University of California, San Diego, and Adjunct Professor of Geosciences at the Scripps Institution of Oceanography. A world-renowned geologist,  historian and public speaker, she is a leading voice on the role of science in society and the reality of anthropogenic climate change.

Professor Oreskes received her B.S. (1st class Honours) from the Royal School of Mines, Imperial College London, and then worked for three years as an exploration geologist in the Australian outback. She returned to the United States to receive an inter-disciplinary Ph.D. in geological research and history of science from Stanford University, in 1991.

Her 2004 essay “The Scientific Consensus on Climate Change” (Science,  Vol. 306, pp1686, 2014) has been widely cited, both in the United States and abroad. Her opinion pieces have appeared in leading newspapers and journals. Her 2010 book, Merchants of Doubt: How a Handful of Scientists Obscured the Truth on Issues from Tobacco to Global warming (Bloomsbury, 2010), co-authored with Erik M. Conway, received the 2011 Watson-Davis Prize from the History of Science Society, and was the subject of a documentary film of the same name produced by participant Media and distributed by SONY Pictures Classics, which has been translated into eight languages. Professor Oreskes has lectured widely in diverse venues and has won numerous prizes, including the 2016 Stephen Schneider Award for outstanding Climate Science Communication.