In support of the Think Forum speaker series, the library offers a selection of resources accessible in this “Research Guide.”

The Kelvin Smith Library provides the campus community with access to world-class research collections, technology-equipped classrooms and meeting spaces, state-of-the-art digital resources and even a café.  In support of the Think Forum speaker series, the library offers a selection of resources accessible in this “Research Guide.”

This guide was created for the 2016-2017 Think Forum lecture series presentation given by Tony Kushner and Sarah Vowell on Tuesday, November 29, 2016 entitled "The Lincoln Legacy - The Man and His Presidency". Presenting for the first time together, they will examine the life’s work and legacy of Abraham Lincoln, the nation’s 16th president. 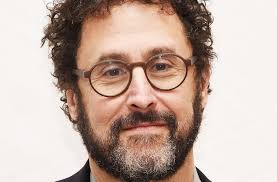 Born in New York City in 1956, and raised in Lake Charles, Louisiana, Kushner is best known for his two-part epic, Angels in America: A Gay Fantasia on National Themes.

Kushner is the recipient of a Pulitzer Prize for Drama, an Emmy Award, two Tony Awards, three Obie Awards, an Arts Award from the American Academy of Arts and Letters, a PEN/Laura Pels Award, a Spirit of Justice Award from the Gay and Lesbian Advocates and Defenders, a Cultural Achievement Award from The National Foundation for Jewish Culture, a Chicago Tribune Literary Prize for lifetime achievement, the 2012 National Medal of Arts, and the 2015 Lifetime Achievement in the American Theater Award, among many others.

In September 2008, Tony Kushner became the first recipient of the Steinberg Distinguished Playwright Award, the largest theater award in the US. 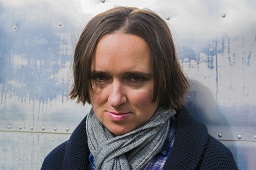 Sarah Vowell is the New York Times bestselling author of six nonfiction books on American history and culture.  By examining the connections between the American past and present, she offers personal, often humorous accounts of everything from presidents and their assassins to colonial religious fanatics, as well as thoughts on American Indians, utopian dreamers, pop music and the odd cranky cartographer.

Her book Assassination Vacation  (2005) is a haunting and surprisingly hilarious road trip to tourist sites devoted to the murders of presidents Lincoln, Garfield and McKinley. Vowell examines what these acts of political violence reveal about our national character and our contemporary society.​

Vowell was a contributing editor for the public radio show This American Life  from 1996-2008, where she produced numerous commentaries and documentaries and toured the country in many of the program’s live shows.  She was one of the original contributors to McSweeney’s, also participating in many of the quarterly’s readings and shows.   She has been a columnist for Salon.com, Time and San Francisco Weekly and continues to write occasional essays for the opinion page of the New York Times.

Vowell has made numerous appearances on the Late Show with David Letterman, Late Night with Conan O’Brien and the Daily Show with Jon Stewart.   She is the voice of teen superhero Violet Parr in Brad Bird’s Academy Award-winning The Incredibles, a Pixar Animation Studios film.