This guide was created for the keynote speaker of the Martin Luther King, Jr. Convocation in 2020. Each year, Case Western Reserve University honors Martin Luther King, Jr.—the holiday, the man and the legacy—with a celebration that includes a range of activities including workshops, films, panel discussions and acclaimed speakers.The 2020 celebration theme is "North Star: Illuminating the Path to Change." Muhammad will be speaking on the topic of "Diversity is Not Enough: How Bias Education Makes Us Smarter, Fairer, and Kinder." 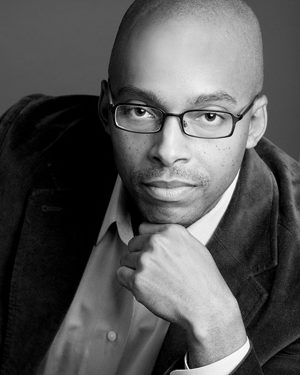 Khalil Gibran Muhammad is professor of History, Race and Public Policy at Harvard Kennedy School and the Suzanne Young Murray Professor at the Radcliffe Institute for Advanced Studies.

Muhammad is a public intellectual whose work is well known in several fields, including history, sociology, and African American studies. His scholarship examines the broad intersections of race, democracy, inequality and criminal justice in modern U.S. history. Muhammad contends that bias education—or race education—must be embraced in our curricula and our training programs. By acknowledging bias and difference, we can reduce harm, both past and present.

Muhammad is the former Director of the Schomburg Center for Research in Black Culture, a division of the New York Public Library and the world’s leading library and archive of global black history. Before leading the Schomburg Center, Khalil was an Associate Professor at Indiana University.

He is co-editor of “Constructing the Carceral State,” a special issue of the Journal of American History (June 2015), and a contributor to a 2014 National Research Council study, The Growth of Incarceration in the United States: Exploring Causes and Consequences. He is the author of The Condemnation of Blackness: Race, Crime, and the Making of Modern Urban America (Harvard, 2010), which won the 2011 John Hope Franklin Best Book award in American Studies.

Much of his work has been featured in national print and broadcast media outlets, including the New York Times, New Yorker, Washington Post, The Nation, National Public Radio, Moyers and Company, and MSNBC. He has appeared in a number of feature-length documentaries, including the Oscar-nominated 13th (2016), Slavery by Another Name (2012), Forgotten Four: The Integration of Pro Football (2014), and the New York Times' landmark 1619 Project (2019).

Muhammad was an associate editor of The Journal of American History and prior Andrew W. Mellon fellow at the Vera Institute of Justice. He is a member of the Society of American Historians and the American Antiquarian Society. In 2017, he received the Distinguished Service Medal from Columbia University’s Teachers College. He holds two honorary doctorates and is on the boards of the Vera Institute of Justice, The Museum of Modern Art, The New York Historical Society, and The Nation magazine. He also serves on the advisory boards of Cure Violence, Common Justice, The HistoryMakers and the Lapidus Center for the Study of Transatlantic Slavery.

Muhammad is an award-winning teacher at Harvard and has received numerous honors for his commitment to public engagement, including BPI Chicago’s Champion of the Public Interest Award (2018), The Fortune Society’s Game Changer Award (2017), Ebony Power 100 (2013), The Root 100 of Black Influencers (2012-2014), and Crain’s New York Business magazine 40 under 40 (2011).

A native of Chicago’s South Side, Muhammad graduated from the University of Pennsylvania with a B.A. in Economics in 1993, and then joined Deloitte & Touche, LLP, as a staff accountant until entering graduate school. He earned his Ph.D. in U.S. History from Rutgers University.