This guide had been built for the Asian Mid-Autumn Festival 2015 sponsored by Office of the Provost, the Office of Multicultural Affairs, First Year Experience, and the Center for International Affairs of CWRU. 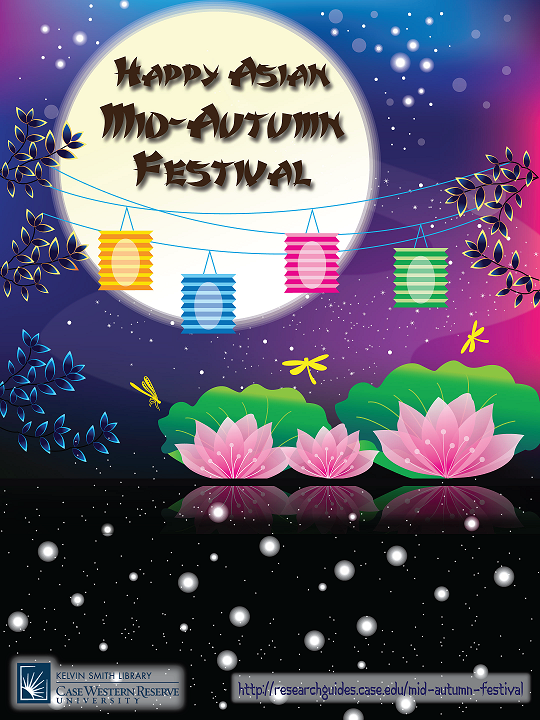 This guide had been created for the Asian Mid-Autumn Festival sponsored by the Office of the Provost, the Office of Multicultural Affairs, First-Year Experience and Family Programs, and the Center for International Affairs of CWRU. 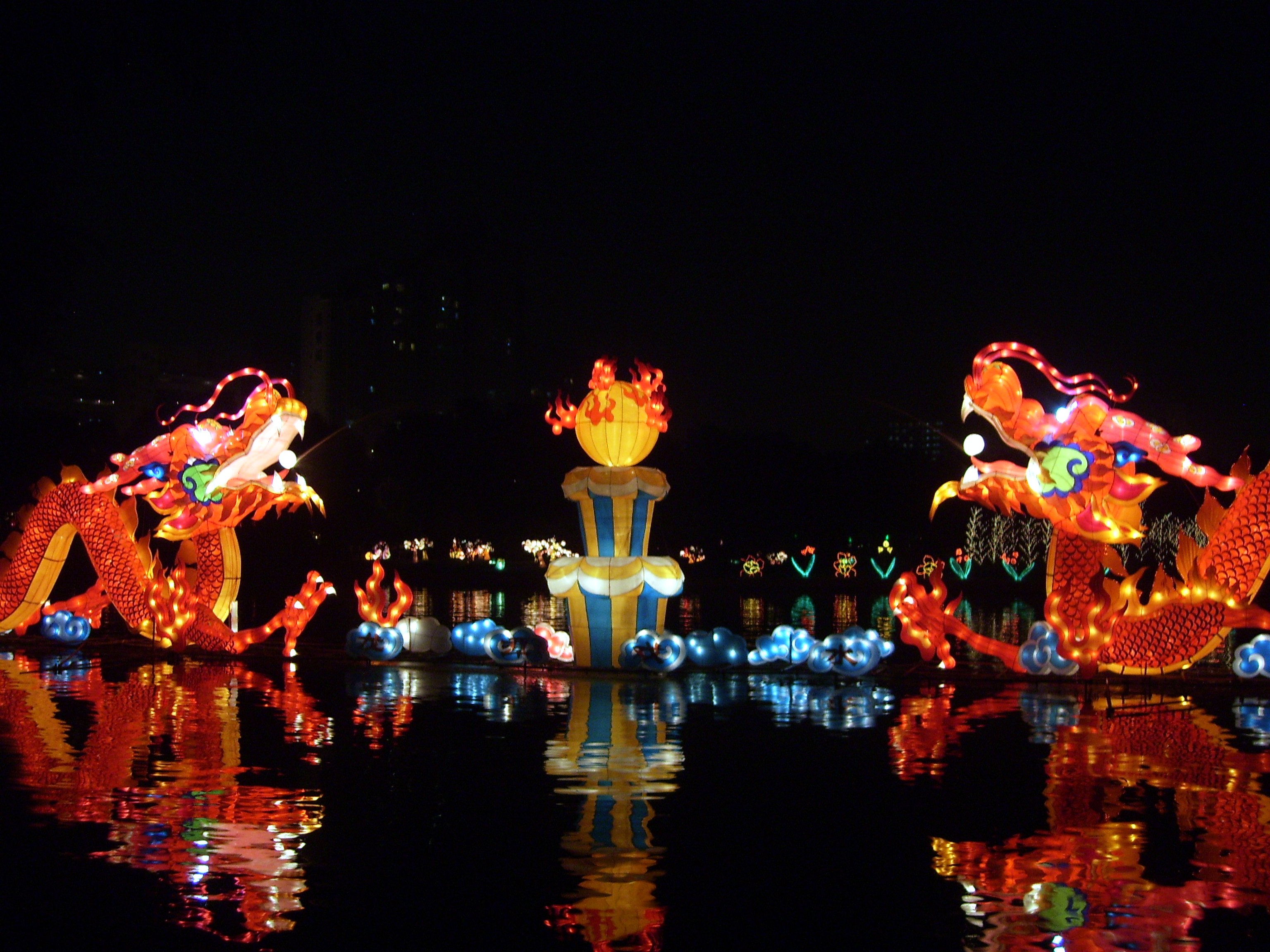 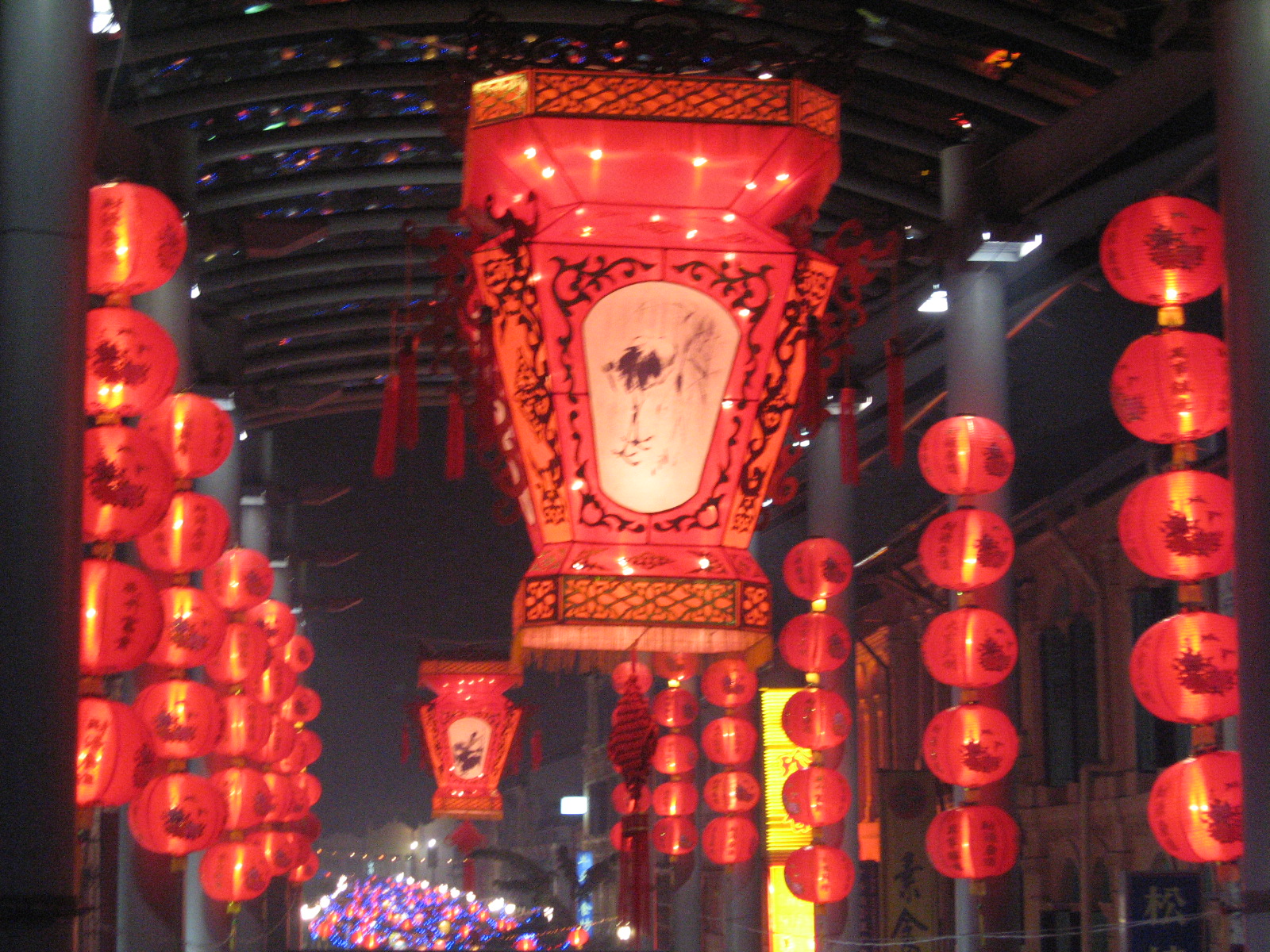 The Mid-Autumn Festival is celebrated in several Southeast and Northeast Asian countries, especially among those of Chinese descent.  The celebration is on the 15th day of the eighth lunar month, which is the middle of the autumn season (the autumn season being the seventh, eighth, and ninth lunar months.) In the Gregorian calendar, the festival falls sometime around mid- to late September, or early October. Let's take a look at how this holiday is observed in different countries.

The festival is set aside to  enjoy the "successful reaping of rice and wheat in a busy agricultural year." Originally, it was an outdoor festival for thanksgiving and pleasure after heavy farming labors. Altars were set up in family courtyards under the moon. Offerings of melons, cakes, and pomegranates and other fruit were presented in honor of the moon. Today, it is a time for friends and families to gather together, to enjoy a big dinner, to eat moon cakes (Yuebing), to sip tea, and to watch the moon with a perfectly round shape symbolizing "familial harmony and unity."  There have been many well-known poems, paintings and writings about the clear and bright moon of the Mid-autumn Day, expressing homesickness from travelers or those far away from home. The round shape of moon cakes is another symbol of family reunion.The fillings of moon cakes include date paste, smashed bean, walnut, cassia bloom, egg yolk, salted meat, melon seeds and lotus seed paste.

In Chinese mythology, Goddess Chang E lives lonely in the lunar "Palace of Great Cold." She was separated from her husband Hou Yi after she swallowed the elixir of life, which her husband received from the Queen Mother of the West. Her rabbit accompanies her and is pounding the elixir of immortality with a mortar and pestle.  Another inhabitant of the moon is the wood cutter Wu Gang. He was sentenced by the Jade Emperor to chop down a cassia tree (seen as the giver of life) which can magically heal itself and thus he can never make any progress.

The full moon of the eighth lunar month symbolizes fertility. Originally, people prayed for a "bountiful harvest and a multiplication of all living things." In early twentieth century, this festival was an opportunity for young men and women to find their future life companions, or for young ladies to exhibit their handiwork and talents. Over time, the festival transformed into a celebration for children. Children receive gifts of toys, and enjoy cakes, fruit and rice paste molded in the shapes of animals. They parade with lanterns in the form of five-pointed stars like those on the national flag, or with masks representing animals or characters from movies, comic books and anime. Handcrafted shadow lanterns used to be an important part of the festival displays. But many have been replaced by batter-powered plastic ones. Paper scholar, a figure "dressed in the cap and robe of a court official" from ancient times, is a traditional gift to children, intending to inspire the kids to "achieve great things in life."

People gather at home to "admire the full moon while drinking tea and sampling mooncakes." Chinese Singaporeans exchange moon cakes as gifts. In additional to traditional moon cakes, some new varieties have emerged, such as the Bloody Mary Snow Skin and Cranberry Cheese. At night, children will  roam around with lanterns of different shapes and sizes. Tourists can visit Chinatown to enjoy street lightings and bazaars and get immersed in the festive atmosphere.

Harvest Moon Festival is a three-day holiday in Korea and is often called the Korean version of Thanksgiving Day. It is a time when rice and other autumn crops are harvested, and fruits ripen. Koreans will visit the graves of their ancestors in their hometown and present a bountiful offering table filled with rice cake, rice wine and fresh fruits. They will remove weeds around the graves that have grown over summer, a ritual named "Beolcho." After dusk, families and friends will gather and enjoy the beauty of the full harvest moon or play folk games such as Ganggangsullae (Korean circle dance). Gifts are exchanged among friends and relatives. Traditional Chuseok food includes steamed rice, rice cakes, and liquor, made from newly harvested rice.

At the night of the 15th of the lunar eighth month, the statues of Guanyin (Godness of Mercy, กวนอิม) and the Eight Immortals (โป๊ยเซียน) are set up on the altars. Offerings include peach-shaped cakes and moon cakes. People believe the Eight Immortals will bring peach-shaped cakes to the moon and celebrate Guanyin's birthday there. After birthday celebration, Guanyin and the Eight Immortals will descend a lot of blessings to people living on the earth. Chinese communities are decorated with lanterns and children will play and stroll around with lanterns in their hands. Egg-yolk lotus seed paste moon cake is the most popular variety in market. Durian moon cake is a very unique variety that deserves a try.

The Moon Festival or Autumn Festival is celebrated by moon cake exchanges among friends, relatives and neighbors. China towns and Chinese communities are decorated with lanterns and colorful banners. Dragon dance, lantern procession, and float parade are popular activities. A game of chance/dice named the mooncake game is played by both Chinese and Filipinos.

Japanese Moon-viewing Festival has a recorded history of more than one thousand years. The ceremony serves as a prayer for a rich harvest of crops, an admiration to the moon, and a nexus between the aesthetic and spiritual. Japanese pampas grass is used for decoration and and dango (rice dumplings) are used in the ceremony.