Learn about the Lunar New Year's customs in various cultures. 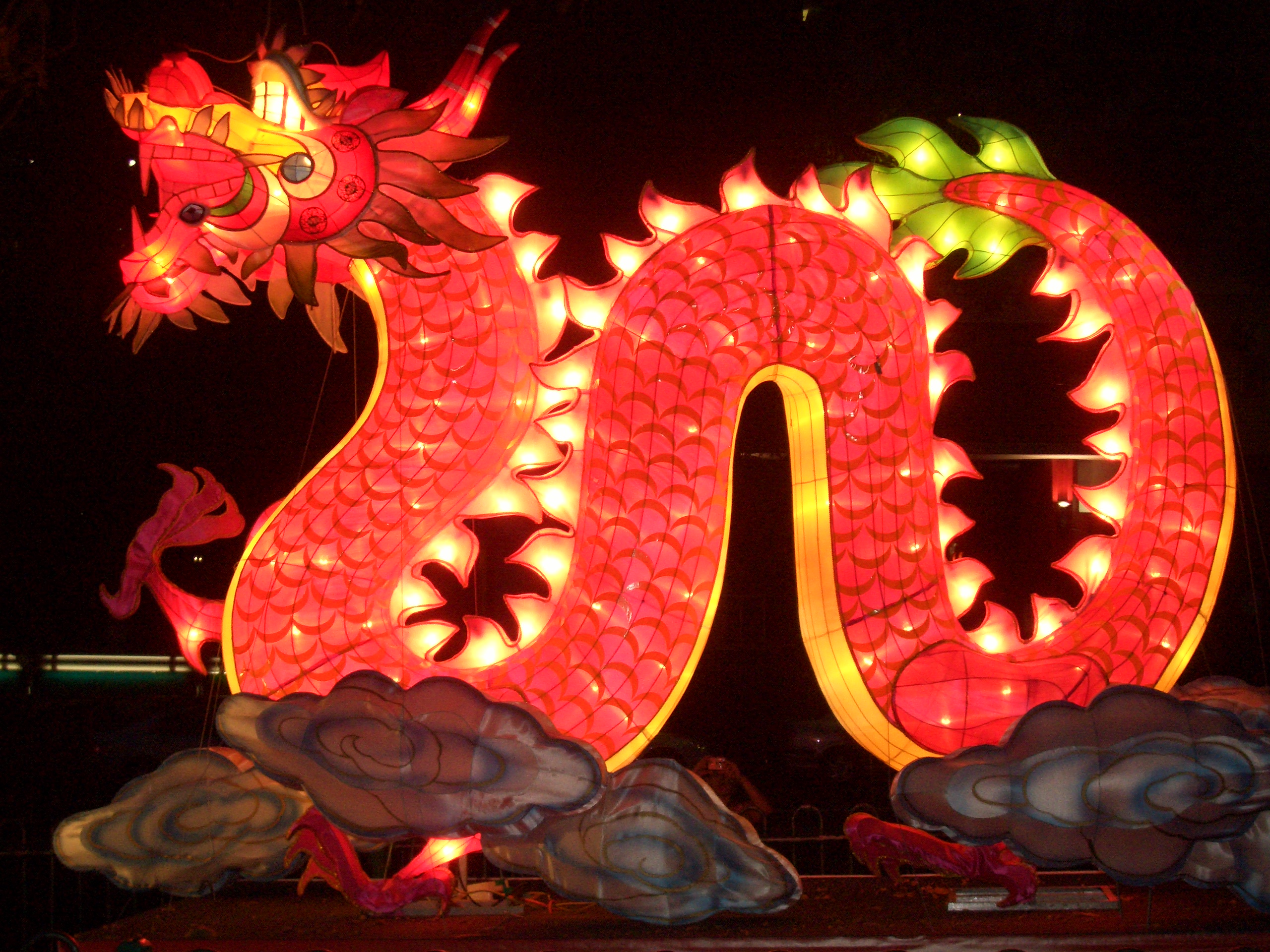 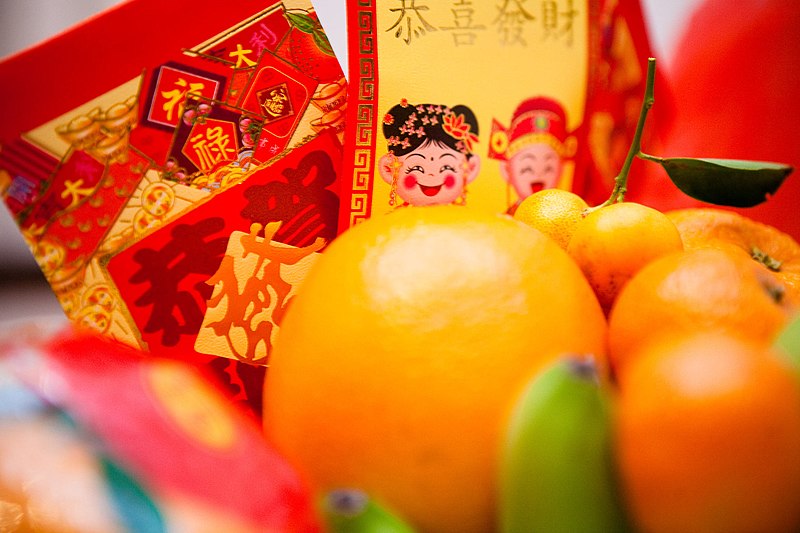 This guide had been created for the lunar new year celebration sponsored by the International Student Services Office, the Office of Multicultural Affairs, and First Year Experience and Family Programs of CWRU.

The Gregorian calendar is followed and solar new year is an official holiday in Asian countries. But lunar new year is still the most important festival in several Southeast and Northeast Asian countries, especially among those of Chinese descent. Lunar new year marks the ending of the old and the beginning of the new year. It is on the first day of the first lunar month. In the Gregorian calendar, the festival falls somewhere between January 21 and February 19. Let's take a look at how this most important holiday is observed in different countries.

Celebration starts from the beginning of the twelfth lunar month through the 15th day of first lunar month, the Lantern Festival. Legend tells that in ancient times, a horrible monster called "nian" (same word for "year") appeared at the end of the year, attacked people and livestock, but the villagers could not defeat it. Finally, the villagers found out the monster would be terrified by the color red and noise. People set off firecrackers, wore red clothes, hang red lanterns, and painted their homes red at the end of the year. The beast panicked and ran away. The cheerful bright red color is the most popular color for the Spring Festival.

Day 8: Offering of Soup of the Eighth Day (Laba Gruel). Laba gruel is a thick porridge consisting of "various whole grains and/or rice with dried fruits and nuts such as dates, chestnuts, pine seeds, and raisins."

Day 23: Sending off the Kitchen God. The Kitchen God is the agent of the heavenly authority and spends the whole year with the family. On the 23rd of the last month of the lunar year, he ascends to heaven and makes a report of the family. Family present offerings, hoping the deity will speak of good things. A paper horse is set on fire as the god's steed to ascend to heaven.

Day 30: New Year's Eve (Chu xi). Fierce door Gods (Men shen) are pasted on the center panels of doors, auspicious spring scrolls/couplets (Chun lian) on each side of the front door. People sweep the house to send off misfortune. Offerings to gods and ancestors are made. Family reunion meals take place. People stay awake to safeguard the year.

Tet is the most important annual festival in Vietnam, both culturally and spiritually. It is marked by a four-day public holiday. But the preparation for Tet starts a full month ahead and continues until the seventh day of the new year. About ten to fifteen days before Tet, people begin shopping for the holiday. Square or hexagonal cardboard candy box bearing "Happy New Year" is a must-have for every household on its ancestral altar. A great variety of calendars are available in the market and hung in every house as an ornament. Calendars have almost replaced the old custom of hanging couplets in Chinese calligraphy. Flowering branches and small trees are brought into homes during the holidays. The favorites are peach branches and small potted mandarin trees. The apricot blossom or mai flower is very popular in the South.

In tradition, Tet commences on the twenty-third day of the twelfth month when the Kitchen Gods, the three Ong Tao, are worshiped and travel to heaven to give an annual report of the family they inhabit. A bowl of three small carps is offered to be ridden by the gods for their journey  to see the Heavenly King. Rice cake is an essential food to Tet for offering on ancestral altars and giving as gift exchanges between kins and friends. Cylindrical rice cakes (Banh tet) are popular in the South, while square rice cakes (Banh chung) are popular in the North. In the past, it was a tedious task to make rice cakes as people boiled the cakes ten to twelve hours over fires in a large open space. Today rice cakes can be bought in shops or ordered in advance. "Five-fruit tray" (Mam ngu qua) is another common offering on the ancestral altar, which symbolizes the "good fortune and prosperity hoped for" in the new year.

On the twenty-fifth or twenty-sixth day of the last lunar month, ancestral graves are visited and tidied. In the late afternoon of the last day of the old year or the first day of the new year, families hold a ceremony to "honor the ancestors and invite them to enjoy Tet with the living family." The ancestors will protect the family throughout the new year. Family will visit father's or mother's lineages on the first and second days, and visit teachers or former teachers on the third day of Tet.  On the first day of the new year, temples and shrines are full of people. Religious activities also take place at certain sites dedicated to former national or regional heroes.

In rural area, a neu tree, "a long bamboo pole with a pineapple at the top, decorated with a bell, lantern, and flags," would be raised outside the house once the Kitchen God has been sent off.  Taking down of the neu tree marks the ending of the celebration on the seventh day of the first lunar month.

Lunar new year celebration starts on the first and ends on the fifteenth day of the first lunar month. Home is cleaned and tidied for the new year. On new year's eve, family will enjoy a festive meal together. On New Year's Day, younger generation will visit elders and elders will distribute cash in red envelopes. Visitors will bring two mandarin oranges as new year's gifts, since the name of orange sounds like "good fortune" and "gold (financial wellbeing)." In return, guests will get back two oranges when they leave, conveying blessings for the new year. Streets in Chinatown are beautifully and lavishly lit, and lanterns are hang up. Dragon dance, lion dance, fireworks and fire-eating performance are popular activities.

Seollal (Korean New Year) is a three-day national holiday and focuses on family. People spend a lot of time shopping for ancestral rites and gifts. Thousands of travelers are heading for their hometowns and transportation can be time-consuming.

The day before Seollal, family members gather together to prepare the holiday food. Tteokguk (rice cake soup) is the most important food for both ancestral rites and the New Year meal (Sechan). Rice cake (Tteok) used for tteokguk is prepared by "steaming non-glutinous rice flour, pounding the dough with a mallet until it is firm and stick, and then shaping it into the form of a rope." The shape of a long rope signifies an expansion of good fortune in the new year. Seollal food preparation requires long hours of work. Nowadays, ready-made food can be purchased or delivered to home.

On the morning of Seollal, people dress in new clothing, especially Korea's traditional costume (Hanbok). Then the families gather to perform ancestral rites to pay respect to ancestors and pray for good fortune in the new year (Charye ritual).  It is believed that ancestors will return to enjoy the holiday food. After the ancestral rites, family share the holiday food together.  According to Korean tradition, eating tteokguk on Seollal adds one year to your age. After the meal, the younger generations will bow deeply to the elders to show respect. In return, the elders will offer good wishes along with gifts of money (Sebaetdon). Family members play traditional folk games and share stories. The most common activity is Yutnori, a board game that involves throwing four wooden sticks.

Lunar new year is the most important holiday for Chinese Malaysians. The celebration starts from Winter Solstice and and lasts until the fifteenth of the first lunar month. Chinatown in Kuala Lumpur is decorated with red color lanterns and crowded with shoppers. On New Year's Eve, a family reunion dinner will be held. People will stay awake to safeguard the year and light fireworks. On New Year's Day, Chinese Malaysians open their homes for visits from friends of other religions and races. Sweeping the floor on New Year's Day is forbidden as good fortune will be swept away. Bad language and unpleasant topics are strictly discouraged. Relatives and friends will visit each other from the second day of the new year.Yee Sang is a special dish that is only served during Chinese New Year, conveying wishes for prosperity, health and good luck in the new year. Dragon and lion dances are held in Chinatown and there are many prayers in temples. On the fifteenth day of the first lunar month (Chap Goh Mei, known as Chinese Valentine's Day), young unmarried women will throw tangerines into the sea, wishing to find  a good husband.

On New Year's eve, Thai Chinese will hold ancestral rites, offer fruits, taro, sweets and other dishes on the altar, and burn incense. After ancestral worship, family will enjoy reunion meal together. On New Year's Day, Thai Chinese will pay pilgrimage to temples and pray for favorable climatic weathers and good wellbeing in the new year. Chinatown in Bangkok is decorated with lanterns, and dragon parades and lion dances are held.

Lunar New Year was announced as a  public holiday in 2012 in the Philippines. Lunar new year is the most prominent celebration for Chinese Filipinos. People participate in dragon and lion dances in Chinatown and enjoy Chinese opera performance. Tikoy (sticky rice cake) giving is a tradition and is only available for purchase in stores around Lunar New Year time. Red envelopes containing luck money (Ang pao) are distributed to children.

Since 1873, the official and cultural Japanese New Year has been celebrated on January first based on the Gregorian calendar. Kadomatsu, the bouquet of pine and bamboo which stands for longevity and righteousness, stand before entrance as new year's decoration. Twisted straw rope (Shimenawa) is put over doors of the house to "bring good luck and keep evil out." New crops and mochi (rice cakes) are offered to gods in thanks and people pray for good harvests in the new year. Osechi is a special cooking for new year prepared in a four-tiered lacquered box. From new years's eve to the seventh day of January, Japanese people pay their first pilgrimage of the year to shrines or temples and pray for good fortune in the new year (Hatsumode). Children receive pocket money (Otoshidama) from parents and kins. Kite-flying is a popular play for boys, and battledore and shuttlecock for girls.